The CEPD is now available as an app for iPad, iPhone or iPod from the Apple App Store - click here. An Android version has recently been added. 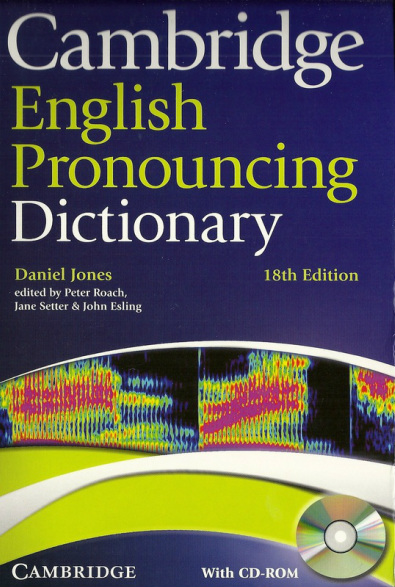 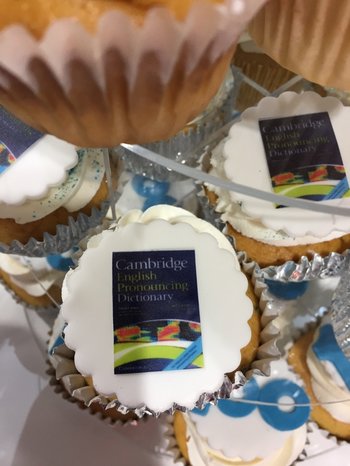 In 2017 the Centenary of the English Pronouncing Dictionary was celebrated in Glasgow at the annual conference of the International Association for the Teaching of English as a Forign Language (IATEFL) in a special pre-conference event organized by the Pronunciation Special Interest Group. Later, a party was given by Cambridge University Press - with specially-made cakes!

​
Editors’ Preface to the 18th Edition

The English Pronouncing Dictionary has been in use for over 90 years, and during that time it has become established as a classic work of reference, both for native speakers of English wanting an authoritative guide to pronunci­ation, and for users of English as a foreign or second language all over the world. The Dictionary was first published in 1917, perhaps the greatest work of the greatest of British phoneticians, Daniel Jones (born in 1881). Jones was Professor of Phonetics at University College London from 1921 until his retirement in 1949. He was still an occasional visitor to the department in 1967 when Peter Roach was there as a postgraduate student of phonetics, though he died in December of that year. The last edition of the English Pronouncing Dictionary in which Jones was directly involved was the 12th, and the 13th was substantially revised by A.C. Gimson, his successor as Professor of Phonetics at University College. From the 13th edition, Gimson was assisted by Susan Ramsaran, and in her preface to the 14th edition she notes that they had been making plans for a 15th edition at the time of Gimson's death. After this, the publishing rights were acquired from the original publishers, J.M. Dent & Sons, by Cambridge University Press.

With the publication of the 15th edition in 1997, which saw a massive injection of 18,000 new words, the English Pronouncing Dictionary entered the computer age. All the entries were converted into a computer database, making the process of updating and adding to previous editions much more efficient. American pronunciations were included for the first time. The 16th edition added information panels explaining phonetic terminology and explaining the relationship between spelling and pronunciation. The other major recent development for the English Pronouncing Dictionary was the creation of an electronic version, which gives both British and American spoken pro­nunciations for every word in the dictionary. For linguists and learners of English there is also the ability to search on both alphabetic and phonetic characters, and to record the user's own voice and compare it with the spoken pronunciation.

In the course of preparing the 18th edition, a thorough revision of the dictionary and of the recordings has resulted in several thousand alterations and improvements. In addition, we have made some changes to the transcription conventions, most notably in the treatment of triphthongs and in the preferring of /tʃ/ and /dʒ/ over /tj/ and /dj/ in words such as 'tune' and 'dune' in accordance with contemporary pronunciation.

As a new study aid, we have included in this edition a collection of short essays specially written by leading figures in phonetics and pronunciation teaching. These essays, with the general title of The world of pronunciation, are to be found on page xx.

Above all, the aim of the dictionary is to include information which is relevant to the needs of contemporary users and which is presented in the clearest possible way. This aim has informed both the choice of vocabulary covered and the range of pronunciations shown. The process of updating continues with each new edition, and we are fortunate to have the use of the Cambridge International Corpus, which currently contains around 1.5 billion words of written and transcribed spoken texts from a variety of genres. This corpus informs all Cambridge dictionaries, and gives us clear, empirical evidence for new words (general and proper nouns) which have come to prominence since the last edition.